Meet the leaders who help inform both our purpose and progress. Our executive team contributes to our mission of improving health and improving lives through our world-class diagnostics and drug development practices. 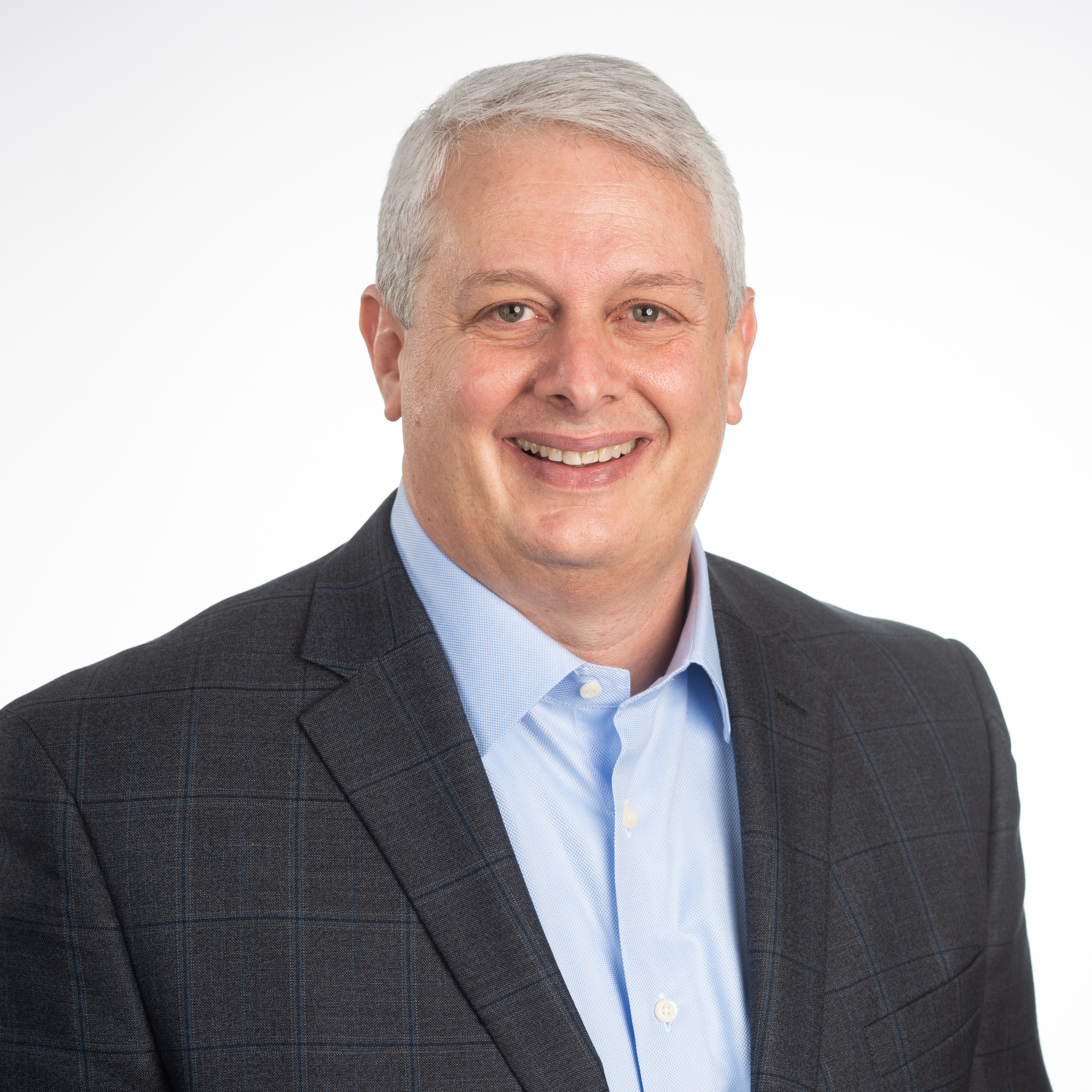 Global business leader Adam Schechter became Chief Executive Officer of Labcorp in 2019 and Chairman of the Board in May 2020.

Prior to that, he was named Lead Independent Director after serving as a director of the company since 2013. Before joining Labcorp, Adam held a variety of senior leadership positions at Merck & Co., Inc. He was Executive Vice President and President of Merck’s Global Human Health Division from 2010 to 2018, leading the company’s worldwide pharmaceutical and vaccine businesses. In this role, he was also a member of Merck’s executive committee and pharmaceutical and vaccines operating committee. He also served as special advisor to the CEO of Merck from January to July 2019. Prior to becoming President, Global Human Health, Adam served as President of Merck’s global pharmaceutical business from 2007 to 2010. His extensive experience at Merck also included global and U.S.-focused leadership roles spanning sales, marketing and managed markets, as well as business and product development. He is the board chair for Water.org and an executive board member of the National Alliance for Hispanic Health. Previously, he served on the boards of the European Federation of Pharmaceutical Industries and Associations (EFPIA), where he led the Policy and Access Committee, the Healthcare Leadership Council and the Merial Animal Health Company. Adam holds a B.S. in biology from La Salle University in Philadelphia, Pennsylvania. 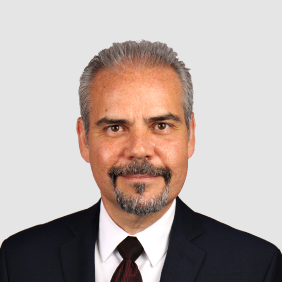 Lance Berberian has served as Executive Vice President and Chief Information and Technology Officer since 2014. 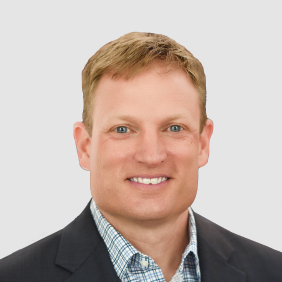 Brian is a nationally recognized health policy expert, and in his current role as Chief Medical Officer, he oversees medical and scientific strategy. Before joining Labcorp in 2017, he was Chief Medical Officer at Blue Cross and Blue Shield of North Carolina. In addition to various roles in the healthcare division of the core health plan, Brian also served as Chief Clinical Officer of Mosaic Health Solutions, a wholly owned subsidiary of Blue Cross NC for strategic investments in diversified health solutions businesses. Prior to that role, he was a practicing physician and assistant professor at Duke University Medical Center and also provided consulting services for several companies in the Research Triangle Park, North Carolina region. Brian holds an M.D. from the West Virginia University School of Medicine, a J.D. from the West Virginia University College of Law, and an M.P.H. in health policy and administration from the University of North Carolina at Chapel Hill. He completed his residency at Duke University Medical Center and is board-certified in preventive medicine, with a specialty in occupational and environmental medicine. 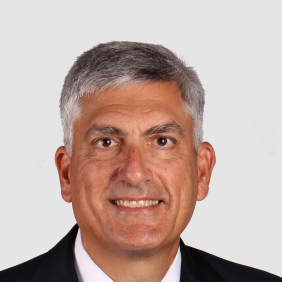 Glenn Eisenberg has served as Executive Vice President and Chief Financial Officer of Labcorp since 2014.

Prior to joining Labcorp, he served as Executive Vice President, Finance and Administration, and Chief Financial Officer at The Timken Company, a leading global manufacturer of highly engineered bearings and alloy steels and related products and services.  He also previously served as President and Chief Operating Officer of United Dominion Industries Ltd., a global diversified industrial company that is now a subsidiary of SPX Corporation, after working in several executive roles at the company, including Executive Vice President, Chief Financial Officer, and President of its test instrumentation segment. Glenn serves on the board of directors of US Ecology, Inc. (NASDAQ: ECOL) and of Perspecta Inc. (NYSE: PRSP). He previously served on the boards of directors of Family Dollar Stores Inc. and Alpha Natural Resources Inc. He received his B.A. from Tulane University and his M.B.A. from Georgia State University. 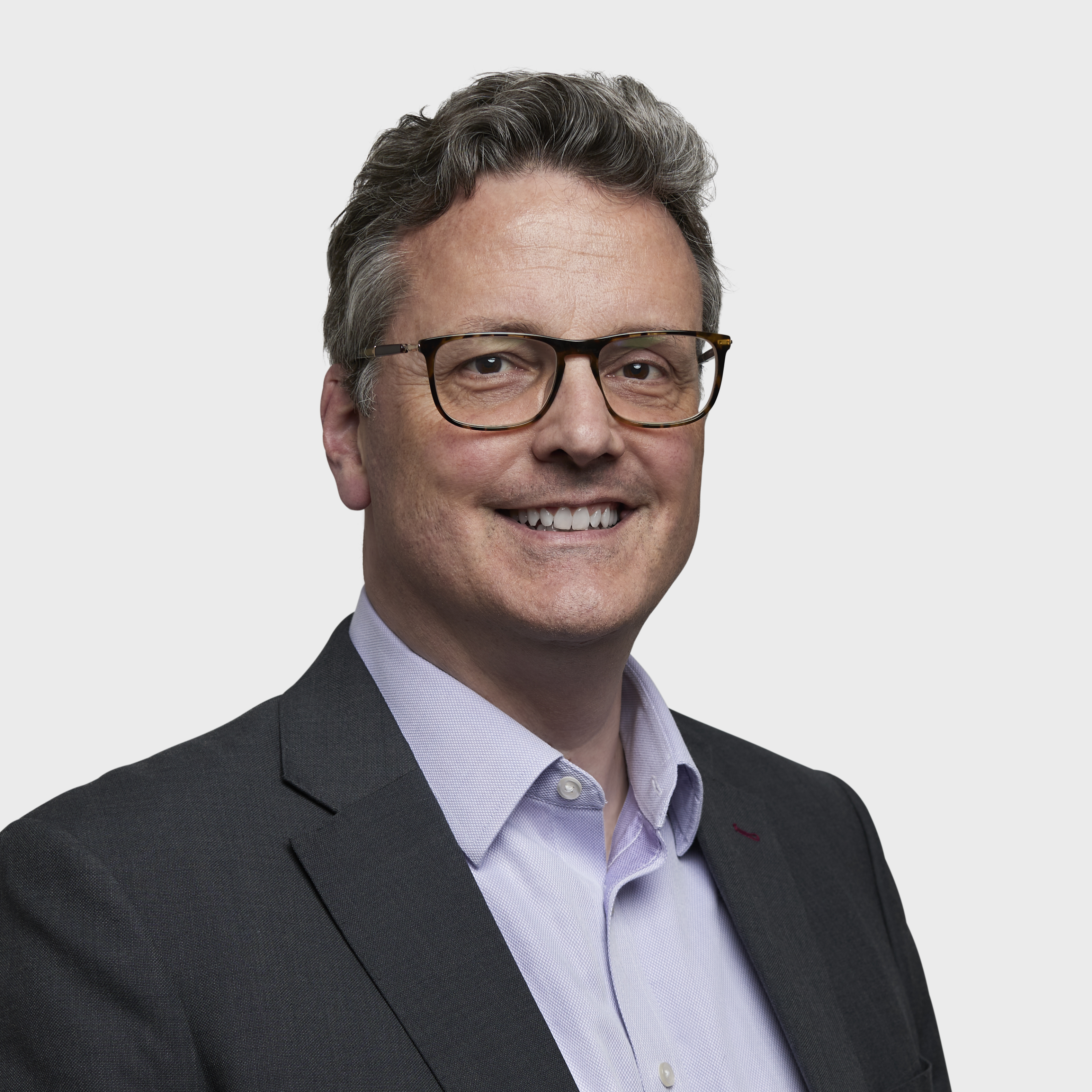 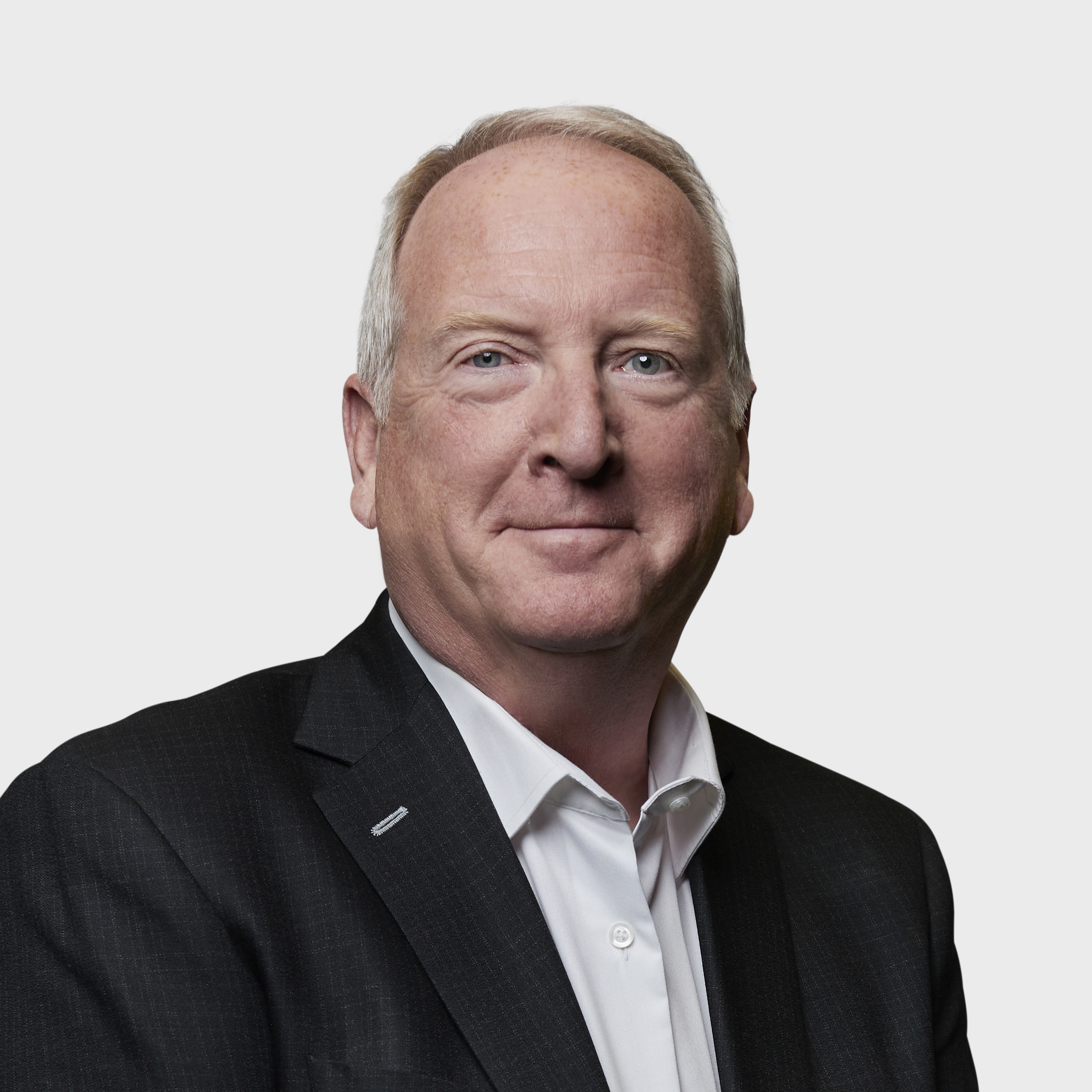 Since joining the company in 2007, Mark has held senior leadership positions in supply chain operations, including serving as Chief Supply Chain Officer from 2016 to 2019. Prior to joining Labcorp, he was the Senior Vice President of Sales, Operations and Business Development at DSC Logistics. Mark serves on the FedEx Healthcare Industry Advisory Board and is on the board of Labcorp’s venture fund. He earned a B.S. in interdisciplinary engineering and management from Clarkson University. 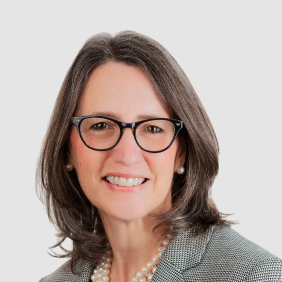 Prior to her current role, she served as Senior Vice President and Chief Human Resources Officer. Before joining Labcorp, she served as the Chief Human Resources officer at Diversey, a global provider of sustainable hygiene technologies, services and solutions for cleaning, food safety and infection prevention. Prior to Diversey, Judi was Senior Vice President of Human Resources for the Global Human Health division of Merck and Co., from 2003 until 2018. She also worked at Hughes Network Systems and ARINC. A Certified Compensation Professional, Judi holds a B.A. degree from the University of Richmond and an M.A.S. in Human Resources Management from the Johns Hopkins University Carey Business School. 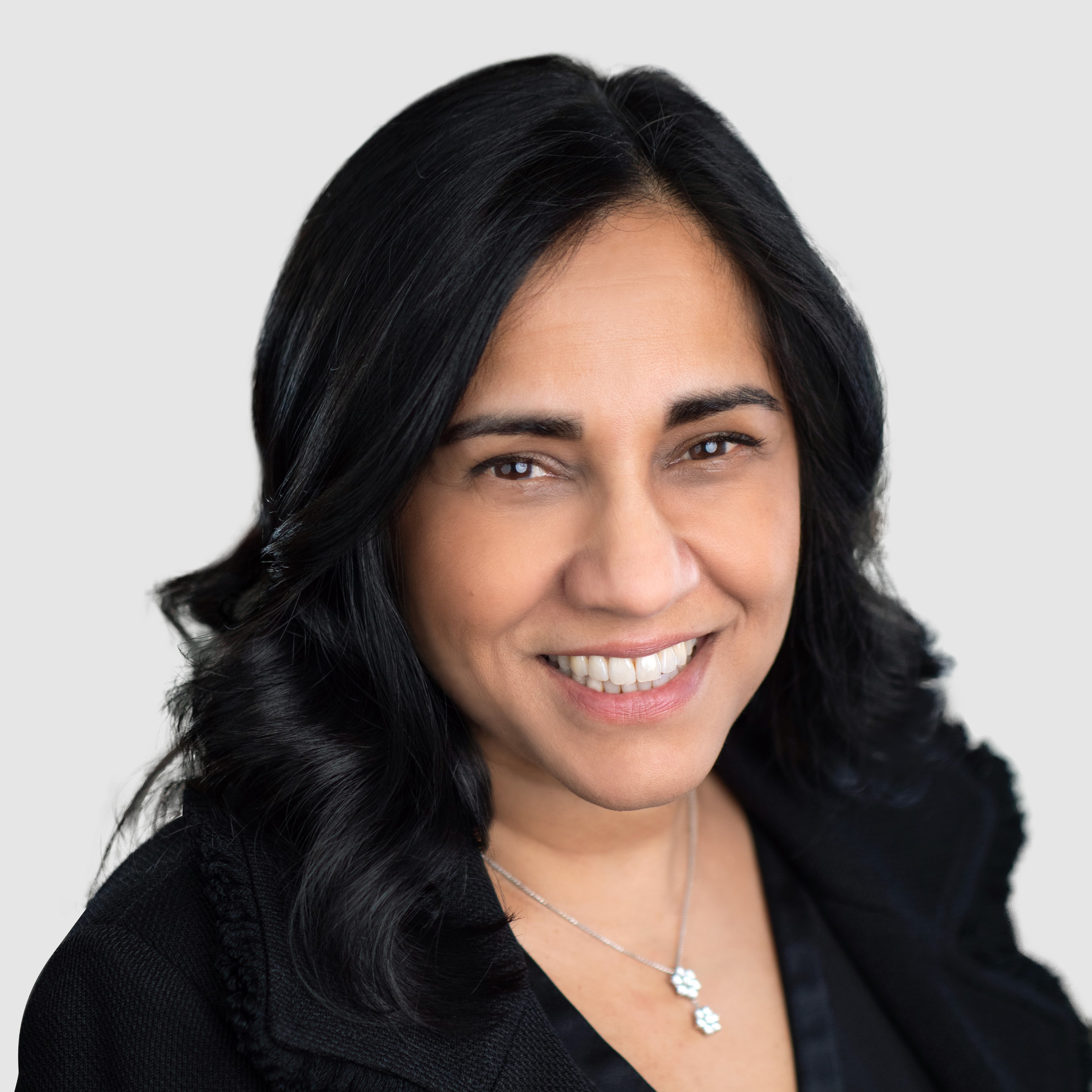 Prior to joining the company, she was Principal, Marketing & Insights Lead for the Americas for Ernst & Young from 2018 to 2020. Before that role, she served as Senior Vice President and Chief Marketing Officer for TE Connectivity Ltd. from 2011 to 2018, where she led marketing, digital, analytics and communications globally. Amy also worked for Sapient from 1996 to 2011, where she held executive leadership roles, including Managing Director for its New York and West Coast offices, and Chief Marketing Officer. Prior to Sapient, she held roles in sales management and product marketing at Dun & Bradstreet. She co-founded and is a board member for No More Kids with Cancer, which is dedicated to accelerating the discovery of safer, less toxic and more effective treatments for children with cancer, and she serves on the Corporate Council and Brain Tumor Research Board of Visitors for The Children’s Hospital of Philadelphia. She holds a B.B.A. from Kent State University and an M.B.A. in finance from New York University’s Stern School of Business. 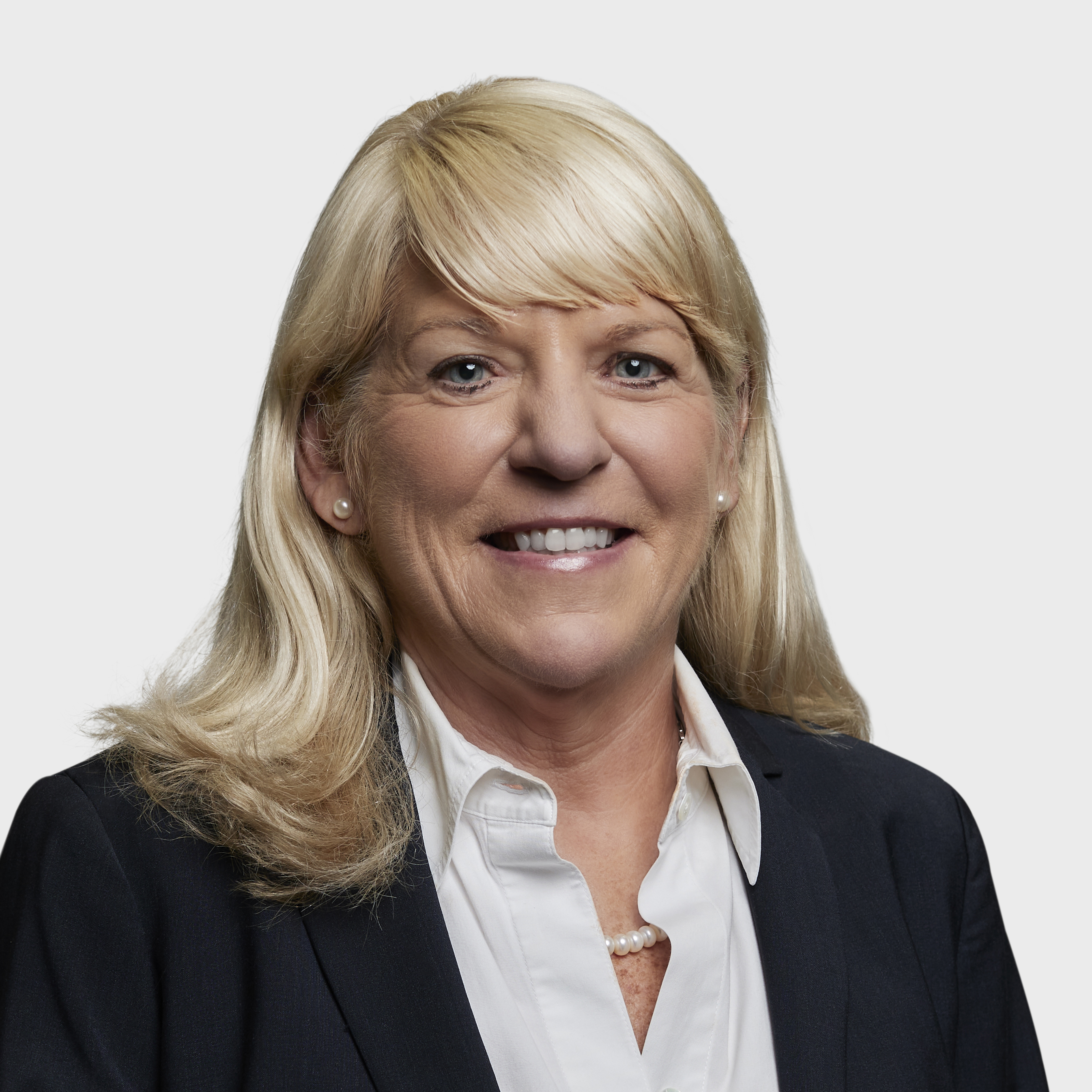 Prior to her current role, Sandy served as Senior Vice President, Global General Counsel, Chief Compliance Officer and Corporate Secretary. Prior to that, she served as Labcorp’s Senior Vice President, Deputy Chief Legal Officer from September 2015 until February 2019 and Senior Vice President, General Counsel and Assistant Secretary from January 2009 to September 2015. She has been with Labcorp since 2001 and has served in various other roles within the legal department. Prior to joining Labcorp, Sandy was a member of the Health Care Practice Group with Smith, Helms, Mulliss & Moore, and also previously worked for the North Carolina Medical Society as Director of the Society’s Managed Care Department. She is a member of the Association of Corporate Counsel and previously served as Chair of the Health Law Section Council of the North Carolina Bar Association and as President of the North Carolina Society of Healthcare Attorneys. Sandy obtained her B.S. in nursing from the University of North Carolina at Chapel Hill and her J.D. from the University of Virginia School of Law.

If you use any of this imagery or footage, please use Photo/Video credit: Labcorp
Download B-roll
Download Images